I recently read an article by Liv Erickson that said the world is not yet ready for the social implications of highly populated virtual reality events. I generally agree with her points; I also believe these challenges are solvable. There are certainly plenty of technical issues with scaling VR worlds to be able to support thousands of people, but I find those challenges to be less interesting than the social ones. For example, Liv notes:

The jurisdiction of such an event is now up in the air – do you judge based on where you’re connecting from? Where the servers are? Where the company is based? There isn’t a physical body or identity to directly tie to a single virtual account that may be acting up, you have limited capacity to enforce simulated harm, there aren’t yet global laws that recognize virtual rights – the list goes on. We’ve already seen research demonstrating some of the vile things that people can do in shared social spaces, and while we can’t avoid progress for the sake of avoiding the internet “dark side”, we certainly haven’t been able to demonstrate a more socially-sound system at scale yet on this front.

Jurisdiction? Enforcing simulated harm? Global laws? This line of thinking sounds stuck in meatspace. I'd direct readers to John Barlow's A Declaration of the Independence of Cyberspace:

We have no elected government, nor are we likely to have one, so I address you with no greater authority than that with which liberty itself always speaks. I declare the global social space we are building to be naturally independent of the tyrannies you seek to impose on us. You have no moral right to rule us nor do you possess any methods of enforcement we have true reason to fear.

But here's the thing - regardless of what type of virtual space you visit, there's no need to rely upon power-wielding authorities to protect us from bad actors. A click of a button can shield you from any unwanted activity by muting or blocking an offensive user. A more interesting question is how to turn this type of action into a "herd immunity" for virtual reality participants.

But we must also beware of any such system being gamed via sybil attacks like we see occurring on current social media platforms. This is an opportunity for decentralized identity and reputation systems. As I covered in a recent post, any such system should not create a "global" reputation but rather should create a computed reputation for any given user from each other user's position in the social graph.

One awkward thing I've run into in public VR worlds is that we don't yet have tools available to ensure that you can find people in your social group. On many occasions in public worlds I've found myself surrounded by young children with whom I'm unable to hold an interesting conversation. It would be quite helpful if platforms enabled you to add interests and other attributes about yourself to your profile, then you could filter out users whose interests and traits don't match what you're looking for. Major social networks already offer similar privacy filtering options to prevent you from being bombarded by random folks.

I've also seen predatory behavior of a guy trying to herd a bunch of children into playing "truth or dare" with him. While this isn't immediately harmful it doesn't take much to imagine such interactions devolving and causing psychological or even physical harm via other means. What is one to do in such a situation? In a virtual world that is run by a single entity then it's easy, you just report misbehavior to the owner of the world. In the future I expect we'll have platforms that are not controlled by an administrator - what is one to do in such a situation? The only option I see would be to try to intervene and warn anyone you see about the shady situation. This could be done via reputation software or manually with verbal intervention, though I expect a verbal disruption wouldn't be effective for long as the predatory person would block you and hop to a different world to continue their behavior without interruption.

We already know that virtual reality allows us to transcend physical borders; it should enable us to break down other barriers as well. For example, there's no reason we should be limited to only conversing with the subset of people who share our native tongue. We are on the cusp of being able to perform realtime audio translations; this could be our "babel fish." The ability to bypass language barriers may finally allow us to start chipping away at cultural barriers; it will be fascinating to see how this results in a "melting pot" of cultures online.

To date the Bitcoin VR group has tested several platforms with varying degrees of success.

Altspace VR seems to be the most mature in terms of managing social complexities. They offer a variety of world types with different administrative functions for world owners to manage the behavior of visitors. They also have paid community moderators who patrol public worlds and respond to reports of misbehavior. It appears that Altspace was on the verge of shutting down several years ago but then they were bought by Microsoft, so hopefully they are well-funded now.

One thing we've noticed across every VR platform is that they tend not to offer the same experience across different hardware and operating systems. This can result in confusion when users on different setups don't experience the same things. Hopefully these are likely just unaddressed issues due to limited development resources.

We've also tried several "hybrid" presentations where the presenter is in meatspace and streaming the presentation via video into the VR world. Unfortunately these don't work well - if the presenter is not natively in the virtual world then it's much more difficult to facilitate realtime interactions, which is a major selling point of VR.

Finally, let’s just be up front about this – not everyone enjoys what it feels like to be surrounded by 28,999 others in 700,000 square feet of space. Proper environment design could make this more manageable, but at the end of the day, there is a significant number of people who simply don’t like what physical conferences require from them.

You know what's great about virtual reality? There's no need to follow the rules of physics!

Who needs architecture that is limited by material properties or labor costs? Who needs gravity? When you can completely redefine reality, there's no need to think inside the box.

Even a single virtual "space" need not be constrained to a single dimension. You could easily have a given space be comprised of many different "layers" or "filters" that change who and what you are able to interact with. This can once again enable users to customize their experience in order to avoid bad actors and build their own safe space / filter bubble / echo chamber.

Virtual Reality as the Next Generation Browser

I expect that some day hopping from virtual realm to virtual realm will be little different than today's browser experience of jumping from web site to web site. We'll have search engines, social networking, bookmarks, and "tabs" of open worlds between which we can quickly context switch.

Users will customize their own experience via plugins, but also will be able to customize how others experience them to a certain extent. Of course, the ability to affect others' experience is potentially dangerous and likely to be exploited by malicious actors.

Malicious actors will try to trick users into installing malware that steals sensitive data while scammers will try to phish and social engineer you at every turn. It's not hard to imagine ads for plugins that promise upgraded functionality and also happen to deliver a trojan to those who install them. Savvy users will install ad blockers and reputation monitors that flag suspicious avatars with poor or little reputation. The cybersecurity arms race shall continue as usual, just with new platforms and tools.

We'll also need to beware of adversarial environments. I was in one public space that had a hidden switch that would cause everyone's perspective to be distorted at a high rate of speed. It's not hard to imagine bad actors creating worlds designed to disorient users or even trigger epilepsy / nausea. Another unfortunate result of the current state of VR tools is that if a player is in distress in meatspace, there is little anyone can do to help.

Despite the digital dangers, the efficiencies offered by VR have enormous potential. At time of writing many people are turning to VR in order to replace meatspace meetups that would be dangerous to attend due to the spread of COVID-19. I, for one, find it much more appealing to don my headset for some first person shooting than to spend half a day going through the process of taking real firearms to a range, going through all the necessary procedures, and then cleaning them all upon returning home. The time we have to spend physically traveling to events is a huge productivity loss!

There are many reasons why virtual reality is safer, cheaper, and more interesting than meatspace. The only limit is our imagination... 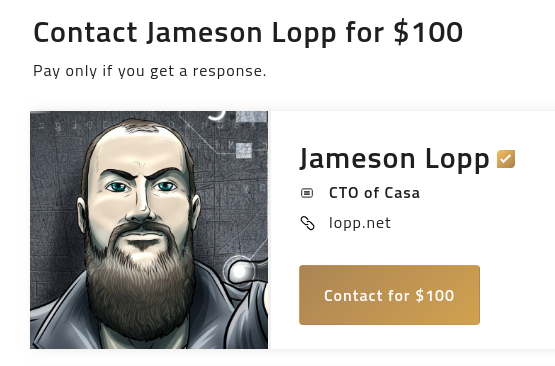 A step by step guide to building your own bitcoin-powered priority inbox. 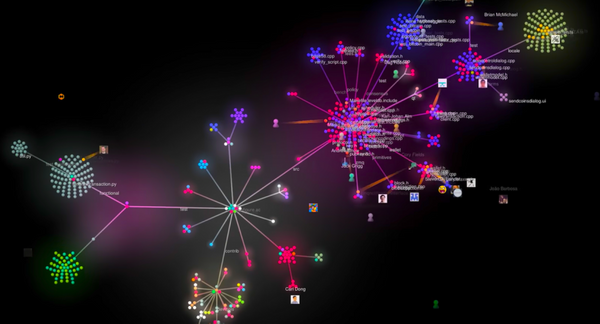 A deep dive into the history of accepted and rejected code changes in the Bitcoin Core project.