Clifford Jacob Lopp was 20 years old when he began flying missions as a gunner and bombardier in a Boeing B-17 Flying Fortress over Nazi Germany.

Clifford joined the U.S. Army Air Corp and was assigned to the 527th Bombardment Squadron which was part of the 379th Bomb Group during World War II, serving in Rhineland, Ardennes, and Central Europe as an Aerial Gunner. Assigned to RAF Kimbolton in early 1943, the group flew more sorties than any other bomb group in the Eighth Air Force, and dropped a greater bomb tonnage than any other group. The combat record of the 379th was the most successful of all the Eighth Air Force heavy bomber groups, receiving two Distinguished Unit Citations.

When I was a young child my grandfather would often make mentions of the war and of our own German heritage, though he would rarely go into detail about his personal experience. I distinctly remember that I was under the mistaken assumption that he fought on the German side until I was nearly 10 years old, because he wouldn't mention that he was attacking Germany.

Thus, my family was astonished to find Clifford's handwritten mission logs buried deep in a stack of paperwork after his passing.

The B-17 Flying Fortress

Before the advent of long-range fighter escorts, B-17 bombers flew in box formations so that their machine guns could provide overlapping fields of fire to protect each other, though at a sacrifice of rigidity of flight paths, which led to increased dangers from ground-based anti-aircraft guns. These bombers became renowned for their durability. Many stories were told where major sections of the bombers, such as the tail fin, were destroyed but the crews still returned home safely.

A typical crew of a B-17 Flying Fortress bomber consisted of 10 men. Keep this number in mind when reading the mission logs below. The commanding officer was the pilot, and the executive officer was the co-pilot. The bombardier was also an officer, manning the chin turret during flight but taking control of the entire bomber during the actual bomb run, even flying the aircraft at that time, via the connection between his Norden bomb sight and the auto-pilot system. The navigator, another officer, kept the aircraft path during the flight and manned the cheek guns when attacked. The flight engineer, a non-commissioned officer, was trained in the basic mechanics of the entire aircraft, and manned the top turret when attacked. The radio operator, a non-commissioned officer, handled communications and served as the medic when necessary. Finally, the four remaining crew members, all non-commissioned officers, manned the ball turret, left waist gun, right waist gun, and the tail gun; although these bombers were durable, to call them "fortresses" was a exaggeration, thus the gunners served an important role.

It's worth noting that the conditions endured by the crew of a B-17 were nothing like what you have experienced during modern day commercial air travel. For one, the cabin was unpressurized and unheated. At high altitude you'd better not lose your oxygen mask or your coat, lest you suffocate or freeze to death. The B-17's turbocharged Wright R-1820 Cyclone 9 engines output 1,000+ horsepower each; crew could expect the noise levels in the cabin to be around 95 decibels for the ~10 hour flight. During their flight they were not only exposed to the noise of the propellers but also the noise of enemy resistance from flak and Messersmidtt fighters along the way, not to mention the 132 decibel chatter from the dozen Browning M2 .50 caliber machine guns located around the ship itself.

My grandfather, like most airmen, suffered significant hearing damage from the hundreds of hours he spent flying missions in inhospitable conditions. The Army did not issue hearing protection; after all, two thirds of airmen weren't going to survive their tour of duty.

In 1944, flak from anti-aircraft guns accounted for 3,501 American planes destroyed, only 600 fewer than those lost to enemy fighters in the same time period. AA guns were grouped in fours with a predictor (a device used to estimate where the aircraft would be by the time the shell reached it and thus provide information as to where to aim).

When the flak batteries pinpointed an aircraft, the guns were fired in salvos designed to burst in a sphere 60 yards in diameter. Each gun could project a shell to 20,000 feet and could knock out an aircraft within 30 yards of the shell burst. However, the shrapnel from the explosion was still capable of inflicting serious damage up to 200 yards.

You can learn a ton more about flak from this 1944 educational video:

Note: V bomb probably refers to the V-1 flying bombs (missiles) developed by the Nazis. I assume that the reason he saw it explode was that their target was a munitions depot that housed these bombs.

Note: Apparently this rescue patrol did not count as a mission.

Note: Plane 111 was the same plane Clifford crewed in mission 7.

M117 bombs are demolition bombs with time delayed fuses that allow the bomb to burrow into a building before exploding.

Marshaling yards are railway depots where many tracks come together and railcars can switch from one track to another. Destroying these yards greatly hampers supply chains and movement of troops / equipment by the enemy.

Note: "PFF Bombing" appears to refer to a British RAF squadron. The Pathfinders were target-marking squadrons in RAF Bomber Command during World War II. They located and marked targets with flares, which a main bomber force could aim at, increasing the accuracy of their bombing.

Note: hit directly by flak and barely mentioned it!

I assume "gals" refers to how much fuel they were given prior to take-off. Apparently the B-17 burned approximately 200 gallons of fuel and 10 gallons of oil per hour. We can see from several of his log entries that many missions exceeded 10 hours of flight time.

I wasn't sure what "train release" meant - apparently there are a variety of ways a bombardier could choose to release the payload.

The station distributor receives electrical impulses through the single-wire from the intervalometer and distributes them to the different bomb stations through as many as 32 different outlet wires. The station distributor can be used with both selective and train bomb release. For selective release, the pointer of the distributor is set by hand to the number on the dial corresponding to the bomb station desired. For train release, the pointer is set to the number of the first bomb to be released, and succeeding bombs will be dropped in numerical order.

Note: Bombers were equipped with an intervalometer, which was set by the bombardier to drop the bombs in train at the selected interval. This was set by determining the ground speed of the a/c and the intended distance between bombs. The intervalometer calculated the time gap between bombs released. Alternatively, the bombardier could salvo the bombs, which would actuate the release sequence with the minimum time to complete the sequence. Each bomb shackle required approximately 1/20 of a second to operate, so a plane carrying 10 bombs would be rid of its load in about half a second. Assuming the plane was travelling at a ground speed of 220 mph, a salvo would string 10 bombs over 50 yards.

Note: In comparison with its contemporaries, the B-24 was relatively difficult to fly and had poor low-speed performance; it also had a lower ceiling and was less robust than the Boeing B-17 Flying Fortress.

Note: The Messerschmitt Me 262 was faster and more heavily armed than any Allied fighter, but for a variety of reasons not many of them were produced. Given that this mission doesn't mention P-51 escorts, I assume that all of the German fighter jets were shot down by gunners on the B-17s.

An analysis of Bitcoin blocks mined without any transactions even when there were transactions waiting to be confirmed. 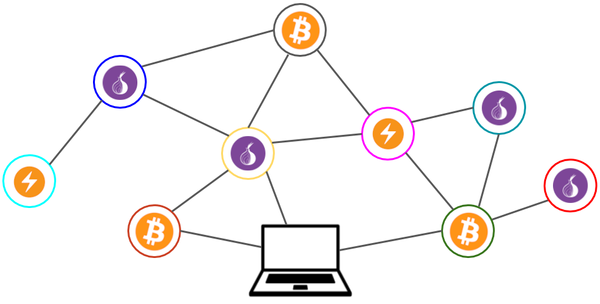 A detailed guide to improving your privacy as a Lightning Network user. 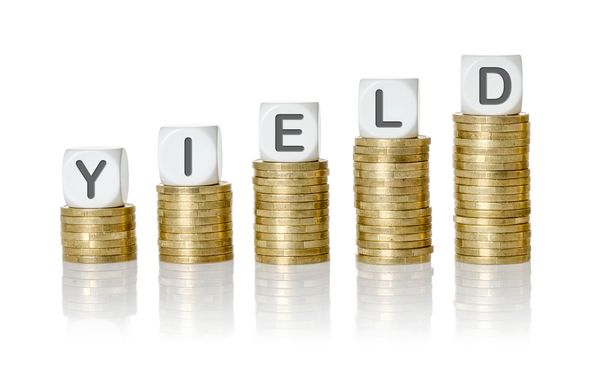